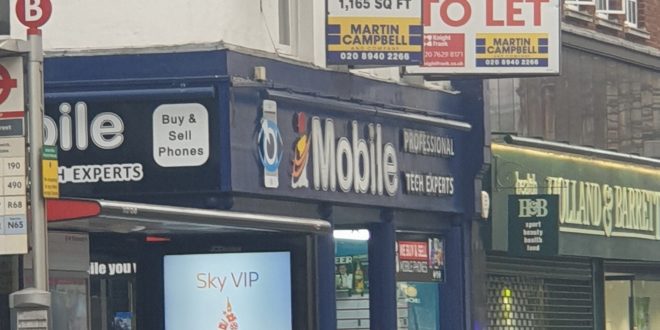 Shops closed or to let all over UK