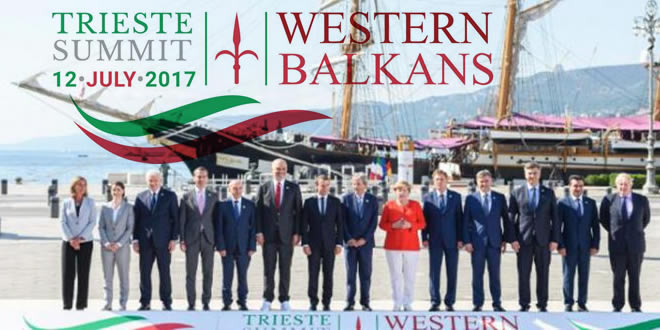 The Summit on the regional cooperation and EU integration is held in Trieste with leaders from EU and the Balkans: Albania, Bosnia and Herzegovina, Kosovo, Macedonia, Montenegro and Serbia.

The Prime Ministers from the Balkan countries will discuss and agree on establishing a Western Balkan Economic Area, eliminating the non-tariff trade barriers and harmonising laws in order to attract more investment.

The EU initiative aims to create a single market of 20 million people with support from the European Bank for Reconstruction and Development which has so far invested 10 billion euros in the region.

EBRD Vice-President Pierre Heilbronn said on Thursday that removing non-tariff trade barriers would be the first step in an initiative in which the EBRD and its stakeholders hope will re-engage Balkan states “unnerved by the EU’s fading enthusiasm for enlargement and exposed to Russia’s growing influence”, Reuters reported

The Trieste summit is part of the Berlin Process, a five-year process that started in August 2014 and is marked by annual summits in order to underline the commitment to EU enlargement in the Western Balkans region. Last’s years was hosted by France.

The focus of the initiative is on Balkan countries that are not yet EU members: Albania, Bosnia and Herzegovina, Kosovo, Macedonia, Montenegro and Serbia.

The high-level meeting in Italy is expected to host both Angela Merkel, the chancellor of Germany, and Emmanuel Macron, the president of France, as well as the EU High Representative for Foreign Affairs, Federica Mogherini, and Enlargement Commissioner Johannes Hahn.