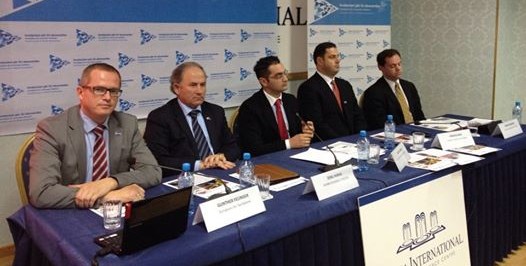 Meeting with other Chambers in Albania

The British Chamber of Commerce and Industry has joined oppinion with other Chambers in Albania on the fact that the 2014 forecast budget will bring about various set of changes which will not have a positive effect on the Albanian economy.

The group of representatives from AmCahm, Tirana Cahmebr, German, Austiran and Greece have provided a detailed analyses of the reasons why this budget cause more damage to the economy rather than improvements to the business environment. One of the elements which we strongly support and that should not be changed it is the flat tax.