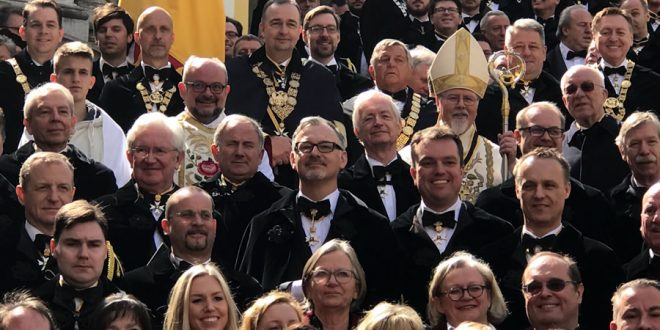 Mr. Zenel Hoxha – “Knight of the Order of St George”

The President of the Albanian British Chamber of Commerce and Industry, founder of the Democratic Party in Albania, Mr. Zenel Hoxha has been awarded the great title of Knight of the Order of St George. The Archduke Karl von Habsburg led the ceremony which was held at the ancient city of Kufstain, Austira.

The Order is founded in 1308 and since then it has been abolished twice: first from Napoleon and then by Hitler. It was created to protect Christianity and in years has served the needs of the European nations by bringing together: The Distinguished and Nobel’s. The Knights and Damme’s of the Order, some 300 of them, attended the three-day events held in Kufstein, where they covered a range of issues and cooperation that the members of the Order have to take into consideration. 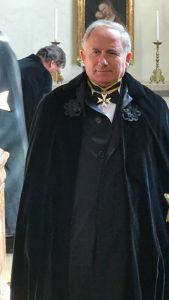 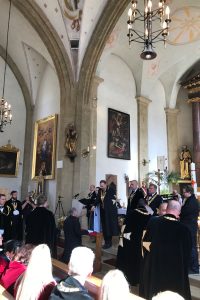 It is an enormous pleasure to receive such an order, especially when just 100 years ago on the 17th April 1917 Charles 1, Karl Franz Joseph Ludwig Hubert Georg Otto Maria, ruler of the Austro-Hungarian Empire gave the same award : Knight of the Order of St George to the Albanian patriots for their resistance and contribution to the Albanian nation : Dom Nikoll Kaçorri, Elez Isufi etc. It was the flag of the Austro-Hungarian Empire which insured the very survival and acknowledgement of Albania as a nation.

It was a great honour to be touched by the same flag which protected Albania at very difficult times of the First World War.