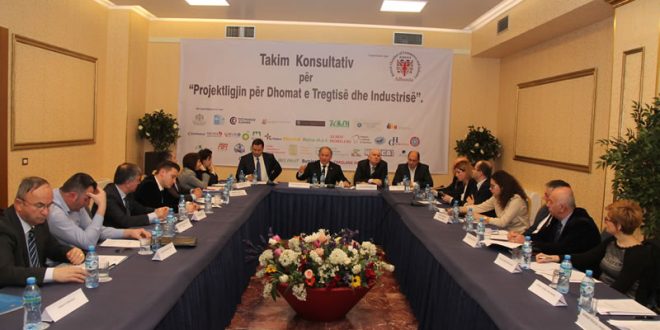 Round table with bilateral Chambers of Commerce in Albania

The Albanian British Chamber of Commerce and Industry organised a round table with bilateral chambers of commerce in Albania, Non Government Organisations and business representatives too to discuss the “proposed changes in legislation on the chambers of commerce”.

16 February 2016, the chamber held consultations with representatives of different groups of interest various in size of the companies they represent as well as the industries they work with. Part of the consultations were bilateral chambers of commerce and associations of bakery’s, Tourism and Travel, Hospitality, wine producers, small and medium enterprises etc. The respective parliamentary parties were represented by several members of the parliament present at the meeting. The MP’s are the very ones responsible for taking account of all the opinions of the groups of interest as well as the overall effect that any new or change of legislation might have, before they recommend it to the parliament for approval. The Ministry of line was represented by the Director for development of legislation in support of enterprises.

The President of the Chamber Mr. Zenel Hoxha in his opening remarks summarised that the new legislation is premature and needs a much wider consultation and in overall requires a comprehensive restructuring to reflect the new reality and support the future of Albania. Furthermore he emphasised the advantaged of Anglo Saxon model of the chamber of commerce’s by comparison to the European model one which is under enormous pressure from the businesses to be re arranged to better reflect the interest of its members. The volunteer participation brings benefits to the members as they have the freedom to join the organisation better representing them on one hand and on the other the organisation would work hard to retain membership.

Representatives of various chambers of commerce agreed on principle that the legislation should offer the possibility of integrating groups of interest and avoiding centralisation which would bring exclusion of the small non government organisation representing smaller groups of interests.

The new proposed legislation aims to artificially strengthen the local chamber of commerce by charging the businesses a membership fee, while offers no services in return. This will be a burden for the businesses and worse will create a false sense of representation for the business always in support of government initiatives rather than representing its member’s interest.