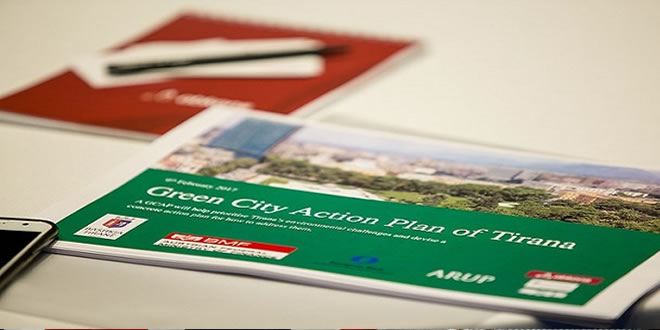 Tirana to become a greener city

EBRD commits to helping the municipality of the Capital of Albania, Tirana, to become greener

According to the Energy Live News announced ont eh 14th of February 2017, the European Bank for Reconstruction and Development (EBRD) and the municipality of Tirana are joining forces to develop a comprehensive set of policies in a bid to help the city become greener.

The plan will be drawn up as part of the EBRD’s Green Cities Programme, which supports municipalities addressing environmental challenges.

The new Green City Action Plan will set out a concrete course of action for Tirana to tackle the most urgent problems faced by its population.

Citing the International Energy Agency, the EBRD states around two-thirds of energy use takes place within urban systems.

The EBRD is also providing €30 million (£25.54m) for energy efficiency in the Western Balkans.

In response to pressing environmental issues affecting urban areas, the European Bank for Reconstruction and Development (EBRD) and the municipality of Tirana are joining forces to develop a comprehensive set of policies to ensure the sustainable development of the Albanian capital.

The plan will be drawn up as part of the EBRD’s Green Cities Programme which supports municipalities addressing environmental challenges. Green – or sustainable – development is one of the six transition qualities the EBRD has identified in its approach to the countries where it invests, with competitiveness, resilience, governance, integration and inclusion the other key elements.

Cities face many environmental challenges, ranging from local air quality concerns, traffic congestion and limited land resources to pressure on water resources and the challenges associated with municipal solid waste. According to the International Energy Agency (IEA), around two-thirds of energy use takes place within urban systems.

The Green City Action Plan will set out a concrete course of action for Tirana to tackle the most urgent problems faced by its population. It follows a Memorandum of Understanding between the EBRD and the municipality of Tirana signed in 2015 on cooperation in areas such as urban transport, urban roads infrastructure, water and wastewater services, solid waste management, street lights and overall improvements in energy efficiency.

Marking the beginning of the project today, Tirana’s Mayor Erion Veliaj said: “This is the first time that our municipality has earmarked a considerable sum of money to initiate a big project like the metropolitan forest. In addition, we have sent requests to 2,000 local businesses to sponsor certain segments of the forest. Our ambition is to have a green belt of 2 million trees in the outskirts of the city which will serve to oxygenise Tirana and halt the urban sprawl.”

Matteo Colangeli, Head of the EBRD’s office in Tirana, added: “We are embarking on an ambitious project to identify key measures to improve the quality of life in Tirana. These actions will require serious investment in municipal infrastructure and the EBRD will consider financing well-structured, financially feasible projects and will work to mobilise funds from other sources as well.”

Lin O’Grady, EBRD Deputy Director for Municipal and Environmental Infrastructure, commented: “The launch of the Green City Action Plan in Tirana is a key milestone in rolling out the Green Cities programme in the Western Balkans‎. In doing so we will build on our expertise and experience, and especially the already-existing Green Cities Programme in the Caucasus.”

The action is funded by the Austrian Federal Ministry of Finance under the Western Balkans DRIVE Fund. The methodology was developed by the EBRD with the Organisation for Economic Co-operation and Development (OECD) and the International Council for Local Environmental Initiatives. The project will be led by Arup, a London-based consultancy specialising in urban transformation projects, in consortium with legal and accounting consultancy firms Abkons, Grant Thornton and LXL.

Promoting sustainable energy and environmentally sound investments is one of the EBRD’s priorities in Albania. To date, the Bank has invested over €1 billion in almost 80 projects. It is active in all sectors of the economy with a special emphasis on infrastructure and energy, where demand and potential are high.

Previous Find out if you will be better off in 2017 in UK?
Next Albanians heritage