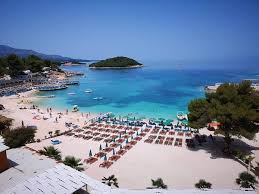 According to the famous Evening Standard, 18th February 2021and article included herein, the Greek government is working towards attracting as many tourist for summer 2021 as possible in order for the economy to survive.
There have been talks between the Greek and the UK government on finding the way and methods on how to have safe tourists from UK to Greece, especially as the number of vaccinated British is well over 18M by now. Such talks could produce a workable plan which can very well benefit Albanian tourism industry too. It is worth it to mention that Albania has not stopped or quarantined UK travelers throughout the pandemic.
Talks between Britain and Greece could pave the way for holidays this summer in the Mediterranean country, it emerged today.

Nearly four million people from Britain visit Greece a year and Mr Theoharis said he hoped for a “semi-normal” summer with vaccination roll-outs and Covid infection rates dropping in Europe in warmer months.

He suggested that people in Britain who have been vaccinated would not need to take a Covid test before flying to Greece, and said he was also “very hopeful” that a technical solution will be found for a “vaccine passport” system.

“We certainly hope that with the vaccination programmes under way, and the UK is one of the leading countries in that respect… and the summer limiting the spread of the disease, we can have a semi-normal summer,” he told BBC Radio 4’s Today programme.

“We are in very preliminary discussions in expressing the plans for the Government and our plans as well on how this could work.”

Greece does not want to limit visitors to people who have been vaccinated, he added, but for people who have had the jab, he said: “We could recognise they have chosen to get vaccinated so there is no need to test them again and again.”

Sounding confident about a “vaccine passport” system being agreed, he said that in Greece the certificates were digital with three layers of security and were harder to forge than PCR test result documents.

“The vaccination certificates are issued by governments, by single authorities, not by various labs in various countries, so again it’s a step forward, that is why we are starting these discussions early in order to be able to solve any technical issues.”

The Government has imposed a ban on people going on holiday and quarantine hotel restrictions for people coming to the UK from 33 “red list countries”. All travellers to the UK are also required to take two coronavirus tests while quarantining, whether at home or in a hotel.

If this system is still in place in the summer it could cost a family of four £1,000 to pay for tests before departing for a foreign holiday, and then two more each on their return.

Mr Theoharis expressed less concern about new variants than that voiced by British ministers, calling the situation “not that worrisome”.

Share
Previous UK’s Budget for 2021, here it is what to expect
Next Kosova’s General Elections of 14th February 2021