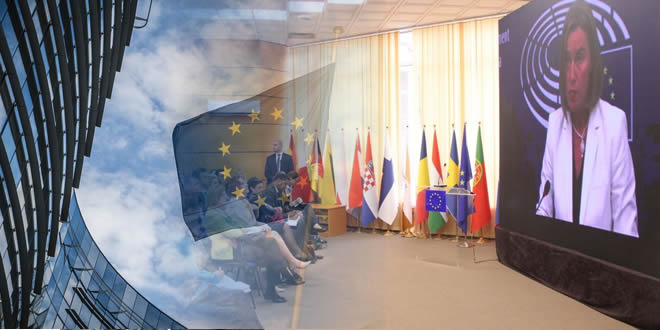 To support this, the Commission would apply the reinforced approach for the negotiating chapters on judiciary and fundamental rights and justice, freedom and security.

Mogherini further highlighted the need for continued reforms in particular in fundamental areas of the rule of law, human rights, democratic institutions and public administration as well as on economic development and competiveness.

“Countries must ensure that the reforms are properly implemented and that they demonstrate a track record of concrete results, not because Brussels asks, but because this is what the people of the region, the citizens, are expecting from their institutions and their leaderships.”

Federica Mogherini emphasised the EU’s clear engagement and commitment to the region as a whole, the six partners and the perspective of the enlargement process. She will travel to the Western Balkans from 17 to 19 April and visit Albania, the former Yugoslav Republic of Macedonia, Montenegro and Serbia.