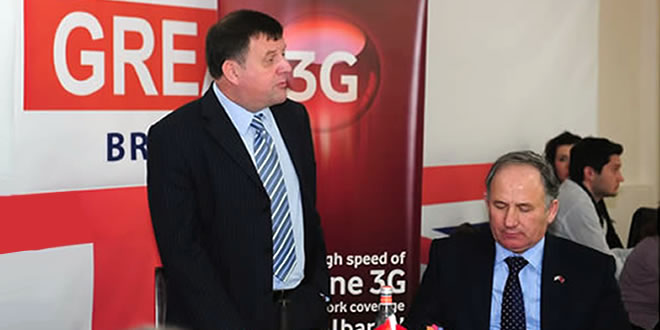 The British Ambassador in Tirana, Mr Nicholas Cannon CBE, meet with the members of the Chamber on a Working Lunch on 7th March 2013, in the Great British House at the Conference Room. At the Working Lunch the participants were informed about the current support given by the British Government to the companies wishing to expand in the region.

Mr Cannon prised the flagship British Investors such as Vodafone and British Petroleum for their in country investment and support for the future British Investment with their success stories. While there are new comers into the market such as Mott Macdonald and Grimshaws lately, while gas giants such as Shell and BG are examining the market too.

Mr Cannon informed the participants on the economic growing prospect of UK and the way that could influence the investment opportunities in Albania and the region too. while emphasises where placed with some of the problems faced by investors in Albania such as the rule of law, land ownership rights, VAT refund system etc.

The British Chamber is happy to bring together some of the most important companies in the region and to offer a platform not only for a B2B networking but also for developing initiatives in support of the macro economy.